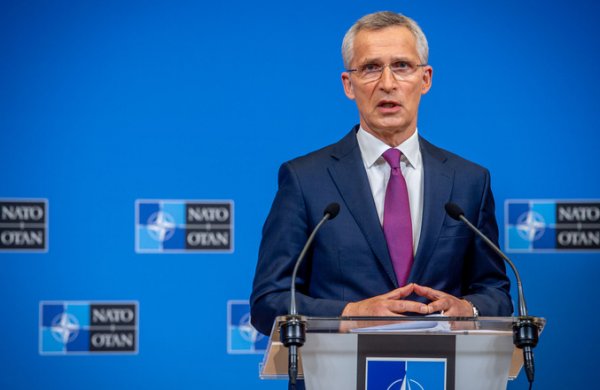 NATO Secretary-General Jens Stoltenberg, who hosted the press conference, said: “We just discussed Russia’s brutal and ongoing offensive against Ukraine. We describe the Russian invasion of Ukraine as barbaric and condemn it. We are at a grave moment for Europe’s security. Russia is trying to turn back the clock by force. “It wants to re-establish a sphere of influence and undermine the global rules that have kept Europe safe for decades.”

NATO WILL DO WHATEVER IT TAKES

We have all made tireless efforts to involve Russia in diplomacy,” Stoltenberg said. But Moscow refused the dialogue and chose aggression. NATO and the EU stand by the brave people of Ukraine. We support Ukraine’s sovereignty and territorial integrity and support its rights to self-defense. There should be no misunderstanding or miscalculation by Russia. NATO will do whatever it takes to protect and defend all Allies. In response to Russia’s massive military buildup in recent months, we have already strengthened our collective defenses.

NATO AND EU ARE TOGETHER

“We condemn Russia’s violation of international law, and we do not give up on the principles on which European security is built,” Stoltenberg said, expressing satisfaction with the EU’s response.

EU Representatives Charles Michel and Ursula von der Leyen, also reiterated that as the EU, Russia invaded Ukraine and strongly condemned this attempt. Noting that serious sanctions are being prepared by the EU, Charles Michel said that they support Ukraine, while the President of the EU Commission Ursula von der Leyen said that the EU stands by Ukraine with the financial aid package and economic investments and that Russia will pay heavily for this initiative with the sanctions to be applied.