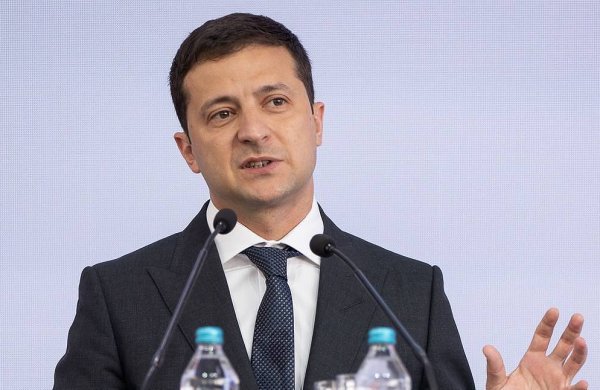 “I do not expect that the meeting in Belarus will yield results,” Ukrainian President Volodymyr Zelensky said of the negotiations between the Russian and Ukrainian delegations, “but a chance should be given.”

Russia and Ukraine have agreed to negotiate as Russia’s attacks on Ukraine begin their fourth day. In a video message sent to his social media account, Ukrainian President Volodymyr Zelenskiy said, “Frankly, I do not expect that the conference in Belarus will generate results, as always, but a chance should be given.” “This way, there will be no doubt in the minds of Ukrainian citizens that I, as President of Ukraine, did not try to stop the war,” he stated.

“I DON’T WANT MISSILES AND AIRPLANES TO FLY FROM BELARUS”

“I had a telephone chat with Alexander Lukashenko,” Zelenskiy said of his call with Belarusian President Alexander Lukashenko about the talks. We hadn’t spoken to him in two years, and we spent a long time talking today. I don’t want missiles, planes, or helicopters flying over Ukraine from Belarus. I stated that I do not want Belarusian forces to enter Ukraine. “He reassured me on this,” he said.

AGREEMENT HAS BEEN MADE FOR NEGOTIATION

As Russia’s attacks on Ukraine entered their fourth day, Russia and Ukraine had agreed to negotiate.

The Ukrainian delegate decided to meet with the Russian representatives along the Pripyat River on the Ukraine-Belarus border without any preconditions. Lukashenko accepted responsibility for the planes, helicopters, and missiles remaining on Belarusian soil throughout the Ukrainian delegates’ journey, during the negotiations, and until the delegates’ return.

In a statement regarding the scheduled talks between Russia and Ukraine, Belarusian official Voskresenskiy announced that the parties’ meeting will take place in the morning hours in Belarus’ Gomel region. For security considerations, according to Voskresenskiy, the Ukrainian team will travel to the meeting location via Poland.

Ukraine’s President Zelenskiy made a number of harsh statements about the talks, which President Erdogan also attempted to mediate. “If there was no aggressive action from your region, we might talk in Minsk,” Zelenskiy stated to the Minsk government, referring to the fact that the meetings were held in Belarus. Other cities could be used as conversation locations. We all want peace, we all want to meet, and we all want the war to cease. “We offered the Russians Warsaw, Bratislava, Budapest, Istanbul, and Baku,” he continued.