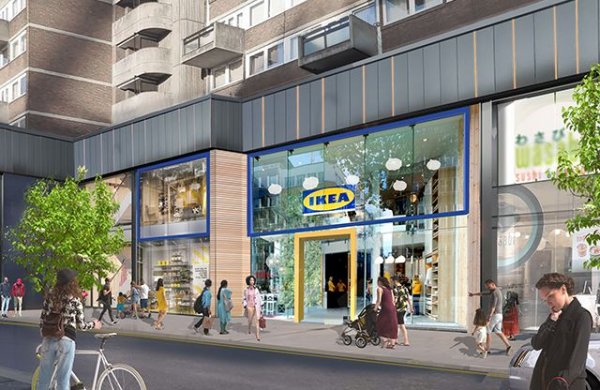 A render of the proposed store, opening in Hammersmith in 2021 @IKEA

In Hammersmith, west London, Ikea opens a high-street store. With this strategy, the company hopes to become more accessible.

Ikea claims that opening a new 4,600-square-foot high-street store, which is just a fifth of its regular size, will make the Swedish furniture giant more accessible to modern shoppers. In the next three years, the retailer wants to invest £1 billion in London, with its second store set to open in the old Topshop building on Oxford Street in 2023.

Ikea’s UK and Ireland country retail manager, Peter Jelkeby, also stated that the company will develop plans for the UK and Ireland in the future, based on the new store’s experience.

Ikea first opened its doors in the United Kingdom in 1987, with 22 outlets and three in Ireland. The new business, according to Jelkeby, would specialize in small furniture. He did, however, disclose that Ikea expects prices to grow by 9% this year.

The business will only accept contactless payments at self-checkout counters as cash usage decreases.

Trump calls Putin’s Ukraine decision ‘genius’: I know Putin well if I were president, this would not have happened