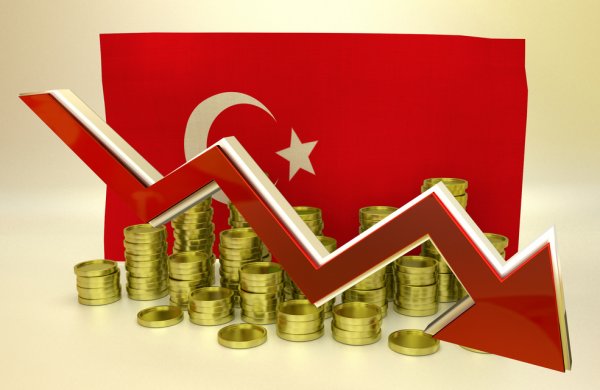 Unbridled inflation in Turkey will continue to rise in the coming months, before falling to about 27% by the end of the year. That’s according to a Reuters survey of economists published on Monday.

Inflation in the country rose to 36% in December after a series of cuts in interest rates by the central bank caused the Turkish lira to lose 44% of its value against the dollar in 2021.

The annual consumer price index will be 40% at the end of the first quarter and 39% in the middle of the year, according to a Reuters study from January 10-14. Experts expect inflation to fall to 26.8% by the end of 2022 and to 15.4% in 2023, in stark contrast to the Turkish government’s forecast that it will fall to single digits by mid-2023.

Despite the government’s policy of keeping interest rates low to boost exports and lending, some economists believe the Turkish central bank will change direction and raise interest rates in the future.

The average estimate for the one-week repo rate remains unchanged at 14% throughout the year, but seven of the 20 economists surveyed expect a decline and three an increase, with the highest being 25%.

President Recep Tayyip Erdogan of Turkey supports aggressive interest rate cuts in his program, which focuses on exports and lending, despite sharp rises in inflation and sharp criticism of the strategy by economists and opposition lawmakers.

The government recently said that Turkey’s biggest economic problem is the chronic current account deficit, largely due to high imports, which they say will improve as a result of the new economic plan.

Riots In Kazakhstan Continues As The Number Of Arrested Rises

The Acquisition Of German Submarines In Israel Investigated