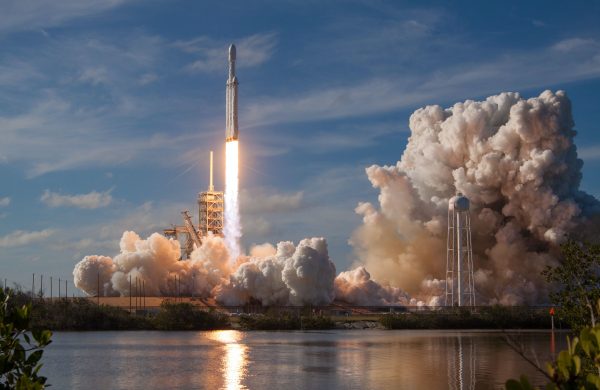 The first passenger flight of the New Shepard rocket, in which billionaire Jeff Bezos personally participated, ended successfully in Texas today. The suborbital flight of his company Blue Origin is an important step in opening a new era of commercial space travel. This is a market segment valued by UBS at least $ 3 billion a year by the end of the decade.

“This is the greatest day,” he said after the capsule with the largest portholes of a spacecraft descended smoothly with three parachutes into the desert.

Onboard was the 57-year-old billionaire in his cowboy hat and three people selected or paid for the flight, which lasted 10 minutes and 10 seconds.

They did not control the capsule, but after landing they came out excited by the experience, hugged the crowd, and sprayed themselves with champagne from bottles. Wally Funk, 82, became the oldest, and 18-year-old Dutchman Oliver Daimen became the youngest man to reach space.

Both flights lasted a few minutes, while Musk planned to send a fully civilian crew in September with the Crew Dragon capsule on an orbital mission lasting several days.

Around that time – in September or October – Blue Origin intends to have two more passenger flights.

60% of Japanese People Want Tokyo Olympic Games To Be Cancelled

Four US Pharmaceutical Companies Will Pay Over 26 Billion Dollars Fine