Riots In Kazakhstan Continues As The Number Of Arrested Rises 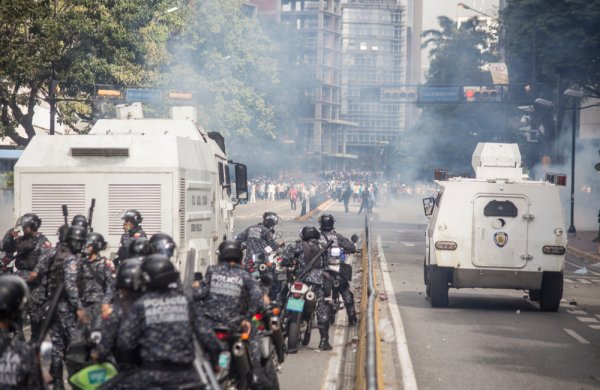 Since the start of the anti-terrorist operation in Kazakhstan, authorities have detained 2,601 people for involvement in illegal activities, robberies, and other crimes.

“A total of 2,601 participants in illegal actions, robberies, and other crimes have been detained since the beginning of the anti-terrorist operation. A total of 127 firearms and 4,077 munitions have been seized,” the press service of the Almaty commandant’s office said on Monday.

According to the Prosecutor General’s Office, more than 4,500 people were injured during the riots, and 225 bodies dead are in the morgue.

We remind you that more than 1,300 weapons were stolen from arms stores in Kazakhstan’s largest city Almaty during the riots in early January. This was announced on Sunday by the chief of the city police Kanat Timerdenov.

According to Timerdenov, 27 attempts have been made to seize the Almaty police station building.

“The attacks were organized by professionally trained people who knew how to handle weapons and knew the methods of combat. Seven attacks on morgues were staged and 41 bodies were stolen during the riots,” he said.

According to the authorities, the constitutional order has been restored in all regions.

Foreign peacekeepers (the CSTO’s collective peacekeeping force) have already begun withdrawing from the country. Citizens of Russia, Kyrgyzstan, Armenia, Belarus, and Tajikistan have already done so.

The return of all peacekeepers to their permanent locations is scheduled to be completed by 19 January.

In 2020, the same special services had provoked protests in Belarus, Lukashenko said.

On January 2, a wave of protests engulfed Kazakhstan. People took to the streets of cities to express their dissatisfaction with rising liquefied gas prices. Citizens are demanding the resignation of the president and the government, they are fighting corruption. Authorities have declared a state of emergency. The authorities used force to disperse the protesters, leading to casualties.

As a result of the protests, the government resigned, which was accepted by President Tokayev. He described Alihan Smailov as acting prime minister. At the same time, Nursultan Nazarbayev resigned as chairman of the Security Council of Kazakhstan – the post was taken over by Tokayev.