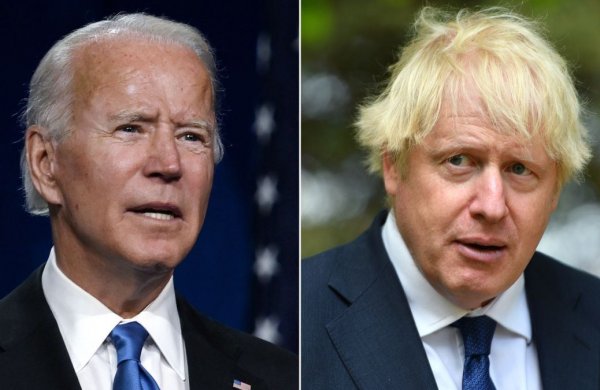 Following Russia’s invasion of Ukraine, the United States and European countries retaliated. US President Joe Biden declared following the G7 Leaders’ Summit that they had decided on a “Disruptive package of sanctions” against Russia, which had invaded Ukraine. “We will lessen Europe’s dependence on Russian gas,” British Prime Minister Boris Johnson said in an address to the House of Commons, announcing the new sanctions.

“This morning, I met with the G7 leaders to discuss President Putin’s unjust attack on Ukraine, and we decided to move forward on devastating sanctions packages and other economic measures against Russia,” US President Biden said in a statement on his social media account following the G7 Leaders’ Summit. It was stated that Biden will make a new statement on the Russia-Ukraine crisis in the coming hours.

Following Russia’s invasion of Ukraine, British Prime Minister Boris Johnson proposed new sanctions against Russia in the House of Commons. In a statement, Johnson stated, “The heaviest sanctions ever imposed on Russia will be imposed.”

Johnson announced ten major additional measures in reaction to Russia’s invasion of Ukraine, including the freezing of assets by all major Russian institutions, including Russia’s VTB bank, which has £154 billion in assets.

Johnson said that laws will be passed to limit the number of deposits Russian people can make in UK bank accounts and that he will cooperate with the G7 and NATO partners to cut Russia’s access to the SWIFT payment system.

“WE WILL EXCLUDE FROM THE FINANCIAL SYSTEM TOTALLY”

Johnson announced on Tuesday that sanctions will be imposed on individuals, organizations, and subsidiaries, including Rostec, Russia’s largest defense company, and that a law will be passed prohibiting all Russian companies from providing financing in UK markets, as well as the use of export licenses to Russia.

Johnson announced that the Russian major airline Aeroflot will be prohibited from landing in the UK, as well as high-tech exports to Russia and that all of these restrictions will be extended to Belarus. Johnson also stated that the Economic Crime Act would be adopted, which would target Russian fundraisers in the United Kingdom.

“These powers will allow us to completely exclude Russian banks from the UK financial system,”

“I conclude that Putin is always determined to attack his neighbor, no matter what he does. Now we see him as he is, as a bloody aggressor who believes in empires,” he stated.

SANCTIONS FROM CANADA TO RUSSIA

For Russia’s attack on Ukraine, Canadian Prime Minister Justin Trudeau announced a package of sanctions that includes fines for 58 Russian individuals and organizations as well as the suspension of all export permits.