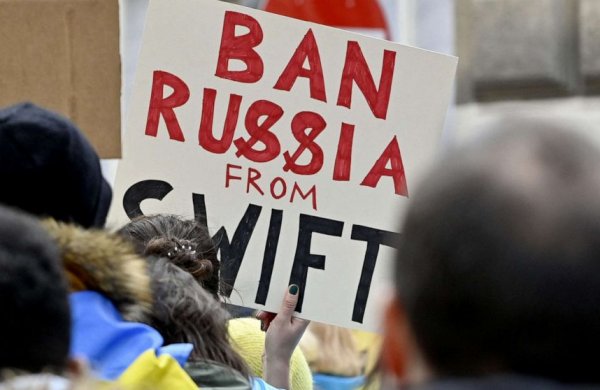 The United States and the European Union have agreed to remove Russian banks from the “SWIFT / BIC” system, banning them from transacting and remitting money on international markets. The Russian Central Bank’s and Russian oligarchs’ financial assets are frozen

Germany and Hungary, which had previously rejected this in negotiations, have now followed suit. As a result, the United States, France, Canada, Italy, the United Kingdom, the European Commission, and Germany began imposing stronger financial sanctions on Russia.

GERMANY AND THE EU ANNOUNCED

Russian banks will be excluded from the international payment system – SWIFT. German Government Spokesperson Steffen Hebestreit and EU Commission President Ursula von der Leyen made the statement on the subject.

Von der Leyen stated, “SWIFT is the most important global payment system among banks. Without it, banks cannot operate in the financial system. Thus, we significantly prevented Russia’s imports and exports,”

“We will also restrict the assets of the Central Bank of Russia,” said Commission President von der Leyen, adding that the decision was made to prevent Putin from using national reserves to finance the war. There will be a halt to all transactions. We’re also limiting the Central Bank’s ability to distribute its assets worldwide,” he said.

The Russian oligarchs are the subject of a third precaution. Efforts are being made in the new period following the breakup of the USSR to block access to the financial assets of Russians who have become super-rich. The objective was described as eroding the Russian economy’s foundations and preventing it from financing the Ukrainian war.