Trump calls Putin’s Ukraine decision ‘genius’: I know Putin well if I were president, this would not have happened 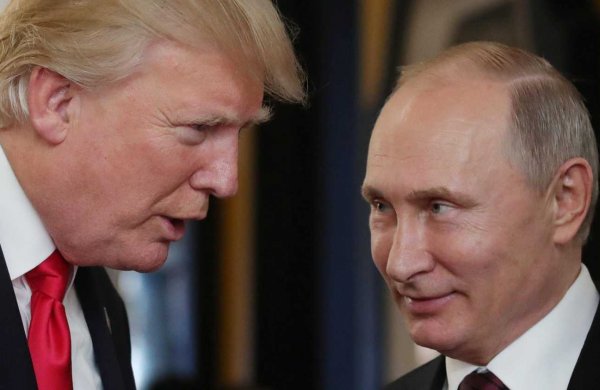 Trump blamed his successor Joe Biden for the situation in Ukraine, calling Russian President Vladimir Putin’s “genius.” 45. President Trump stated that he knew Putin well and that such an event would not have occurred if he had been in office.

In an interview on “The Clay Travis and Buck Sexton Show,” Trump said Russian President Vladimir Putin’s recognition of the Donetsk and Luhansk people’s republics in eastern Ukraine on Monday was “smart” and “pretty savvy.”

In the Ukraine crisis between the US and Russia, a new phase began after Moscow’s decision to recognize the Donetsk and Lugansk people’s republics and send peacekeepers, while the previous US President Donald Trump gave an assessment of the situation. Trump blamed his successor, Joe Biden, for the crisis, saying that he knew Russian President Vladimir Putin well and that such a situation would not have occurred if he had been president.

On Tuesday, the former president, who has hinted at a presidential run in 2024, issued a statement claiming that “there was absolutely no reason for the current crisis in Ukraine to have happened at all.”

“Russia has become very very rich during the Biden Administration, with oil prices doubling and soon to be tripling and quadrupling,” he said. “The weak sanctions are insignificant relative to taking over a country and a massive piece of strategically located land.”

Fed has banned the investments of its senior officials