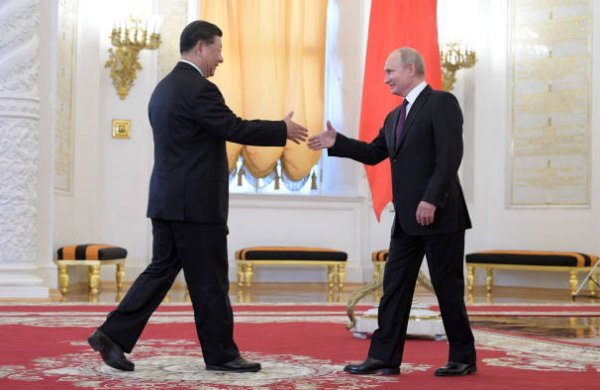 Russia’s economy ministry on Friday said that they will strengthen ties with Asian countries against the sanctions of Western countries. Moscow, which is preparing for counter-sanctions, also said “We know the weak points of the West”.

“We understand that the sanctions strain we’ve been under since 2014 will now become even more intense,” the ministry added. “We were ready for sanctions that could be imposed for a long time due to the rhetoric of some of our foreign colleagues.”

WE KNOW THE WEAK POINTS

On the other hand, Valentina Matviyenko, Chairman of the Federation Council, the upper house of the Russian parliament, said, “Retaliatory sanctions have been prepared. Sanctions will not be the same response to sanctions against Russia, but we know the West’s vulnerabilities. “We have prepared a series of sanctions to be applied to countries that impose sanctions on Russia, and we will strengthen ties with Asian countries,” he said.

Matvienko, who is also a member of the Russian Security Council, was also present at the meeting this week where senior Russian officials spoke in favor of recognizing the separatist states in Ukraine.

In the statement made by the Russian Ministry of Foreign Affairs, it was stated that the European Union’s sanctions would be responded to within the framework of the principle of reciprocity and harsh measures would be taken.

Citi analysts did not share Moscow’s optimism, but they did state that Russia’s fundamentals are strong and that the sanctions so far have not directly targeted all-important energy flows.

Sanctions “may have a huge impact,” the bank warned in a note, warning the risk of contagion to many other markets.

Fundamentals appear to be too strong to short Russian assets, while the prospects of more sanctions make long positions far too risky.