lacing a trade in the foreign exchange market means that you will either buy or sell currencies.

How To Make Money Trading Forex

In order to make money, you need to exchange one currency for another, hoping the currency rates will go in your favorable direction.

More specifically, that the currency you bought will increase in value compared to the one you sold.

An exchange rate is simply the ratio of one currency valued against another currency.

For example, the GBP/USD exchange rate indicates how many US Dollars can purchase one British pound.

How to Read a Forex Quote

You always trade currencies in pairs, such as EUR/USD or USD/CHF.

This means that you are simultaneously buying one currency and selling another in every transaction that is made.

But which currency am I buying and which one am I selling?

Whenever you have an open position in forex trading, you are exchanging one currency for another.

Here is an example of a foreign exchange rate for the EURO versus the Japanese yen:

Euro is the first listed currency to the left of the slash (“/”) and it is the base currency.

The base currency is the reference element for the exchange rate of the currency pair. It always has the value of one.

The Japanese yen is the second listed currency on the right and it is the counter or quote currency.

When buying, the exchange rate tells you how much you have to pay in units of the quote currency(JPY) to buy ONE unit of the base currency(EUR)

When selling, the exchange rate tells you how many units of the quote currency(JPY) you get for selling ONE unit of the base currency (EUR).

If you buy EUR/JPY this simply means that you are buying the base currency (EUR) and simultaneously selling the quote currency(JPY).

Luckily, the way that currency pairs are quoted in the forex market is standardized.

The slash (“/”) character is not the only way you can separate a currency pair. You can put them together like EURJPY or separate them by dash EUR-JPY.

We won’t measure how long or short your legs are! We promise! These “long” and “short” are Forex lingo for expressing your desire to buy or sell.

That’s the first thing you should decide – whether you want to buy or sell.

Long and short positions are closely related to buying and selling in the market.

There is no difference, but it is generally accepted that when we buy we are in a “long position” and when we sell we are in a “short position”.

You would take a LONG position (buy the pair) if you believe the base currency will appreciate (gain value) relative to the quote currency.

In trader talk, this is called “going long” or taking a “long position.”

This is called “going short” or taking a “short position”. 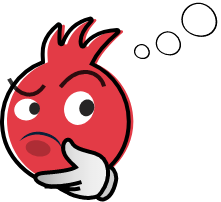 In Forex, prices are presented as currency pairs or exchange rate quotations, where the relative value of one currency unit is denominated in shares of another currency.

The exchange rate applied to a customer wishing to purchase currency is called ASK.

The exchange rate applied to a customer wishing to purchase currency is called ASK.

This is the highest price that can be purchased by the currency pair. The ask is the price at which your broker will sell the base currency in exchange for the quote currency.

Another word for ask is the offer price.

The selling price of a currency quote is called the BID.

This is the lowest price that a currency pair can be offered for sale.

If you want to sell something, the broker will buy it from you at the bid price.

In general, the bid is lower than the ask price.

All exchange rates include these two prices – bid rate and ask rate.

The ask rate is always higher than the bid rate.

The spread is the difference between the “sell” rate and the “buy” rate. The sell rate is the rate at which you buy a certain currency and sell it at the buy rate.

Spread is also the cost of brokerage services and it replaces transaction fees. The spread is measured in pips. As mentioned before, Pip is the fourth decimal place.

If you want to sell AUD, you click “Sell” and you will sell Australian dollars at 0.7614.

If you want to buy AUD, you click “Buy” and you will buy Australian dollars at 07616.

Proceed to Next Article

How to Protect Yourself Against Forex Broker Scams

Top 6 Things to Consider When Choosing a Forex Broker

What is a Spread in Forex Trading?

The Relationship Between Margin and Leverage